Founded in 1535 in Brescia the Company of St. Ursula soon spread out in the surrounding provinces. There was a remarkable growth in Milan in merit of St. Carlo Borromeo, but risked to be heartless in respect to its original form.

In the period of the 16th century the Company spread out beyond Italy and in some places it was transformed into cloistered ursulines and religious congregations.

Apparently the Company disappeared during the time of Napoleon; the Company reappeared again halfway the 18th century in merit of the Girelli sisters of Brescia and their Bishop Mons. Verzieri who took care to spread the Company in all Italy.

On the 25th May 1958, accepting the exigencies of communion and collaboration of the Companies, the Holy See established and approved the Federation as a female Secular Institute of Pontifical right with a diocesan and interdiocesan organisation.

With the passing of time the Company spread in many other states and continents. 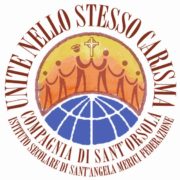 Historical details on the Company of St Ursula

THE OCCURANCE AND THE FIRST DEVELOPMENTS

On the 25th November 1535 in Brescia, Angela Merici officially instituted the Company of St. Ursula and while still alive she obtained the approval of the new Institution from the Diocesan Bishop. Then on the 9th June 1544 the Company obtained the Pontifical approval. The Company spread very soon in the city of Brescia and the surrounding provinces. Outside the diocese of Brescia, as the first foundation , was that of Milan where the Company, through the mission of the Archbishop Carlo Borromeo registered a remarkable developme

nt, also a beginning of change from the original  form and the originality wanted by the Foundress.

The eagerness of St. Carlo for the Company made it, yes, that the Ursulines spread in various territories where the great Archbishop exercised his own ministry. Contemporarily ot

her bishops, on the example of St. Carlo Borromeo gave birth to the Company in their Diocese.

THE DISAPPEARANCE AND THE REBIRTH OF THE COMPANY

In the first years of the 16th century an important turning point happened for the Company; its diffusion beyond Italy and its transformation in certain places to that of the Order of the cloistered Ursulines and eventually to various religious congregations.

Under the regime of Napoleon who prohibited every form of religious congregation, the Company seems to appear less. Nevertheless, various daughters of St. Angela,in almost a hidden way, succeeded to live and to preserve the charism of the Mother, in finding help and support of some Priests and Ecclesial organisations. The retaking of the Company continued after the middle of the 18th century through the work 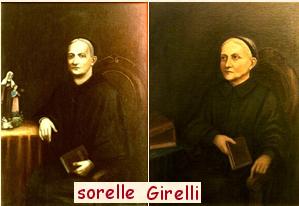 of Maddalena and Elisabetta Girelli of Brescia. They, through the determined help of the Bishop Mons. Girolamo Verzieri restored the merician institution in their own city and took care to spread it in all Italy and in other States. Very soon, were created spiritual bonds and collaboration among different Companies. Through them meetings among various leaders followed to reach a formal shared recognition of these bonds. In the years that followed we arrived in this way for the constitution of a  Federation among Companies.

Following the recognition on the part of the Church for Secular Institutes (1947, “Provida Mater”) the Companies after opportune sessions of deep reflections retained that their place among the Secular Institutes could be in synchrony with their Charism and with their tradition. On the 25th may 1958 the Federation of the Companies of St. Ursula as a Secular Institute of St. Angela Merici came to be recognized and its first Constitutions were approved. After the promulgation of the new Code of Canon law, in 1994 a renewal of the constitutions was necessary, also with the aim to apply the ever valid Rule of the Foundress in a changing historical and social context.

By the passing of years the Company flourished in Italy as well as in the rest of the world. Today it is present in 40 Italian dioceses and in 20 other states: in Africa, America, Asia and Europe. Truly we can say that from one sole trunk were born many branches.