You are here: Home1 / news2 / Kenya’s Group Is Growing 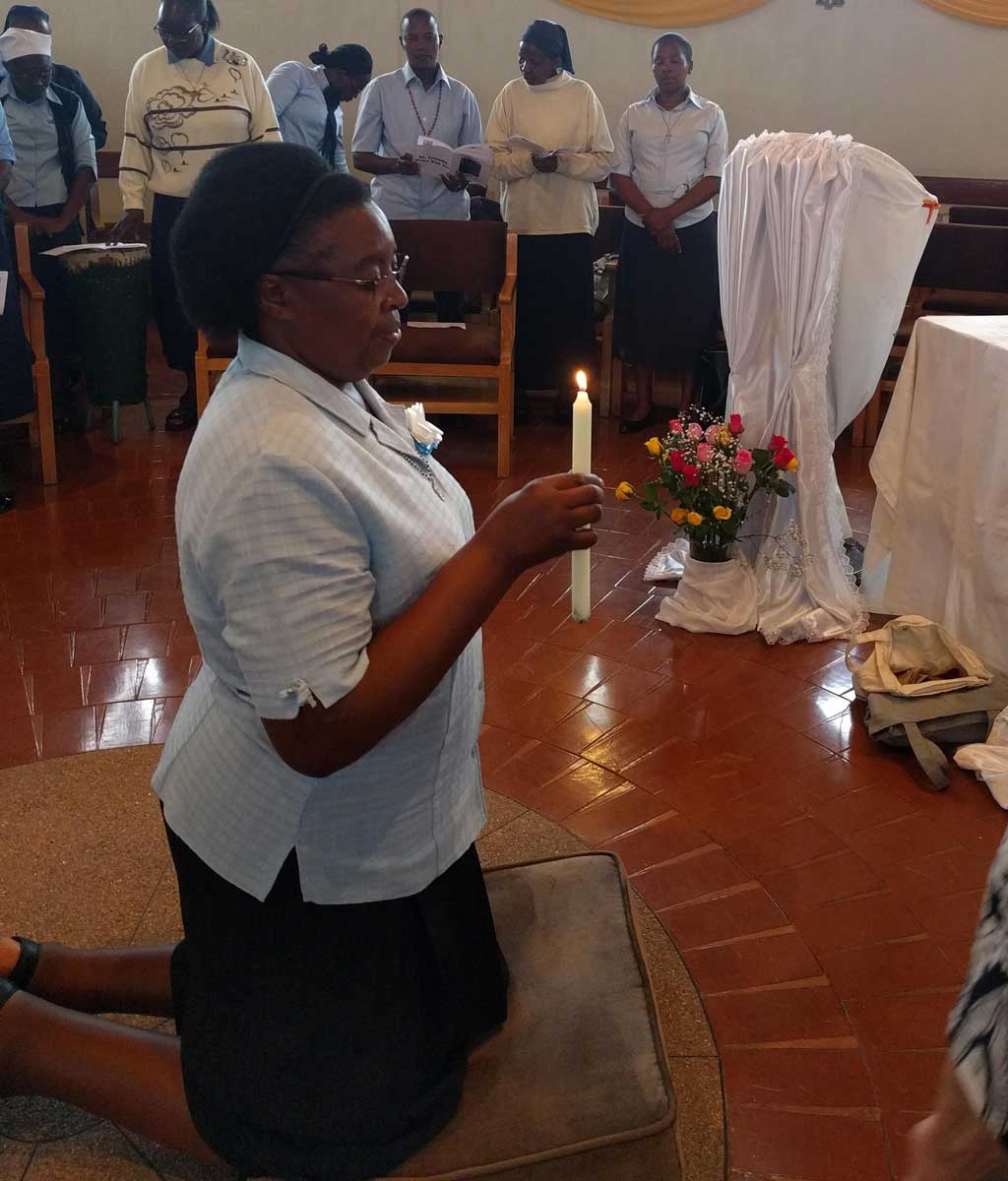 The Group of Kenya took an important step forward on November 29, 2019, when Perpetua made her consecration for life in Nairobi. Perpetua was the first Kenyan in the Company of St. Ursula. In 2011 she contacted the Federation with a request begin this way of life. In 2012 the President (then Maria Rosa Razza) and her Council accepted Perpetua’s application. The President appointed Mary-Cabrini Durkin, a Councilor, to guide her, through twice-monthly Skype conversations and annual visits.

The Group has grown. Eunice entered in 2014 and made her first consecration in 2016. Leah and Esther were received into the initial journey in 2018, and Jacinta began a process of transfer from a religious congregation. They meet monthly; Mary-Cabrini joins them by Skype. Three more women are in discernment about their vocation.

Joyful song and dance filled the chapel of the Savelberg Retreat Center during the recent ceremony. Perpetua’s friends and relatives attended. Her sisters conducted her to the altar. Mary-Cabrini received her consecration as a delegate of Valeria, now the Federation’s President.

Father Terry Charlton, S.J., was the celebrant of the Mass. The novices of the Ursuline religious sisters, along with their directress and Provincial Superior, formed the choir, joined by members of the Company.

After Mass, more dancing and much laughter accompanied a festive meal.

Perpetua’s life-commitment plants the roots of the “vine”: the Company of St. Ursula, even deeper in Kenya. 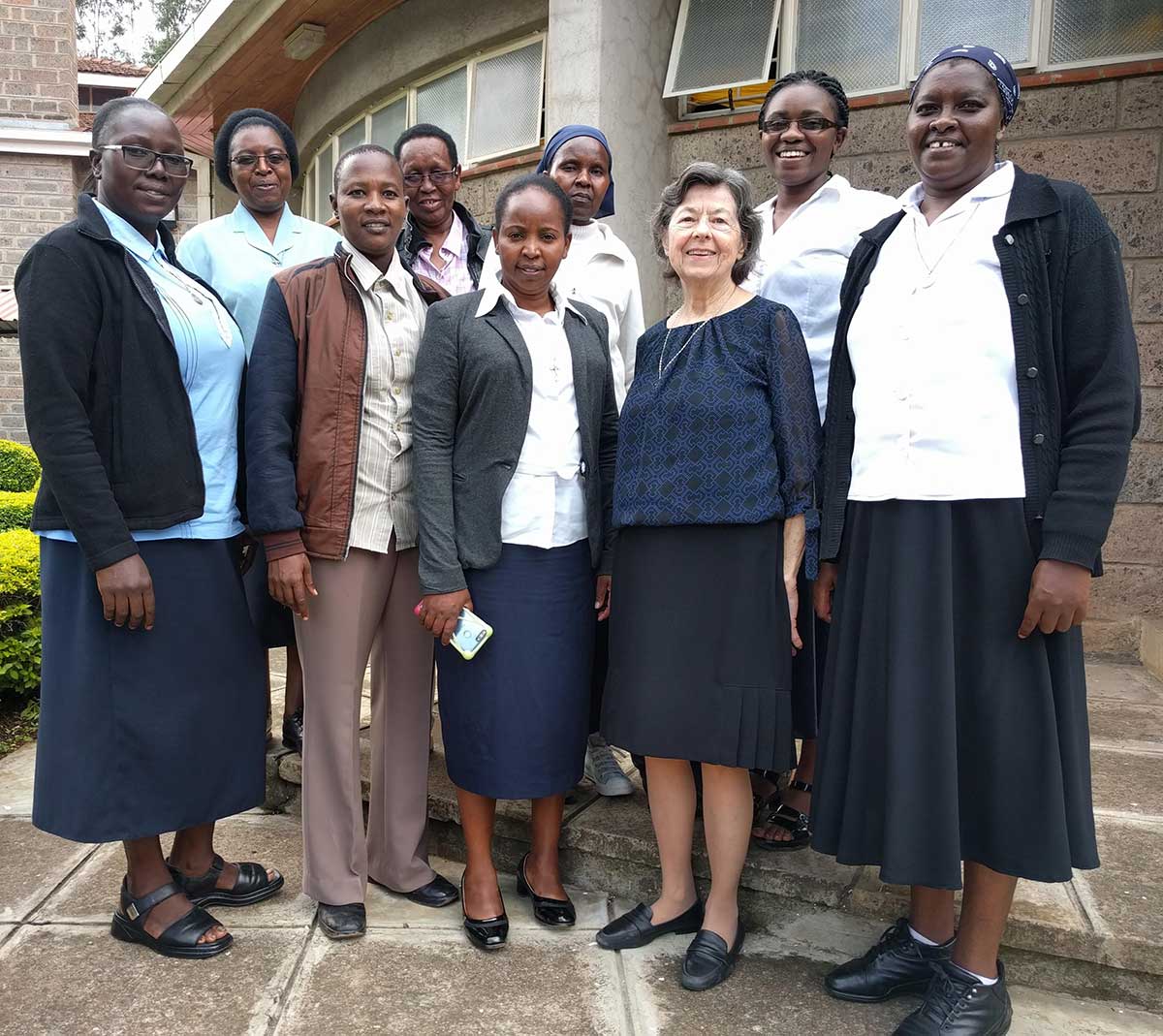 Mons. Zito has returned to the Father’s house